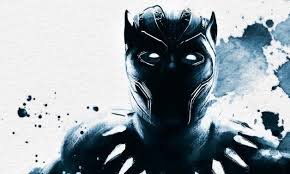 Avengers: Endgame saw many of Wakanda’s most important heroes, many of whom were killed in the Decimation, returned to life, with the end of the film giving a brief glimpse of T’Challa and his family at their palace. As Marvel Cinematic Universe films tend to be connected, some fans think Endgame might just hold a major clue as to the villain in Black Panther 2.

A line of dialogue from Okoye in the film hints at the inclusion of Namor the Sub-Mariner, which she hints at when she talks about an underwater earthquake. Endgame writers Christopher Markus and Stephen McFeely previously said the reference wasn’t intentional. However, that doesn’t necessarily mean the reference won’t end up leading to Namor somewhere down the line, as the MCU definitely uses retcons. Joe and Anthony Russo also had a much different reaction to the event, saying it might have been intentional in an interview. Doctor Strange 2 director Scott Derrickson also seemingly teased the possibility of the popular character in March.

I enjoy creating and running new ideas across a wide range of topics. View all posts by MB

This site uses Akismet to reduce spam. Learn how your comment data is processed.